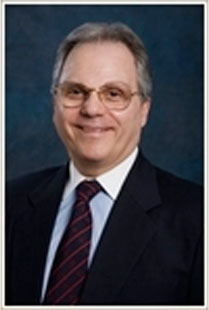 Pat is practicing law for over 39 years with 37 years of experience in Family Law Matters. He graduated from Columbia University School of Law in 1974 on a three year scholarship, after receiving a B.A. Degree in Economics in 1969, Magna Cum Laude, from City College of the City of New York, and is a member of Phi Beta Kappa. He has an "AV" Preeminent rating from Martindale-Hubbell's Law Directory. This rating is the highest peer rating standard signifying that his peers rank him at the highest level of Professional Excellence and Ethical Standards. He has been selected for inclusion in the 2014, 2015, 2016 and 2017 Editions of Super Lawyers for demonstrating excellence in the practice of law. This achievement is awarded to only 5% of the 170,000 attorneys within the State of New York.

He is a panel member on the Highest Level of the Domestic Relations and Family Law Sections of: the New York State Bar Association; the Joint Committee of the Association of the Bar of the City of New York and New York County Lawyers Association; and the Brooklyn Bar Association.

He has been an Arbitrator in matrimonial matters for the American Arbitration Association, a Mediator and an Administrative Law Judge.

He specializes in both litigated and non-litigated complex matrimonial cases of high net worth clients involving:

His experience in arbitration and mediation is combined with excellent litigation skills and compassionate insight into sensitive matrimonial issues which make him highly proficient at achieving successful settlements. Matrimonial practice often requires an understanding of multiple legal disciplines such as real estate, estates & trusts and commercial law. His firm has expertise in real estate, estates & trusts, general civil litigation and commercial transactions, and is available to render expert assistance to his clients in these other areas of law as they relate to matrimonial matters.

He has represented both husbands and wives across a broad spectrum of professions and industries, including but not limited to finance, real estate, sports, entertainment, law and medicine. His clients have included Chief Executive Officers and Presidents of Major Corporations, Doctors, Lawyers, Accountants, Investment Bankers, Securities and Stock Option Traders and Brokers, and Professional Athletes.

He is admitted to practice law in the Courts of the State of New York and the U.S. District Courts for the Southern and Eastern Districts of New York.

New York and U.S. District Courts for the Southern and Eastern Districts of New York